Everything is just fine. WEIRD.

School started up again today, and this morning was pretty much a study in the different personality types in our household.

I ran around at a frenetic pace, packing lunches and asking the same questions over and over (“Do you have…” “Did you remember…” “But what if you…”) until Chickadee told me to “stop freaking out.” (I did not, in fact, stop freaking out. I just tried to be a little less obvious.)

Monkey bounced his way through the morning, communing with the dogs acting like today was no big deal at all, like he wasn’t just heading off to high school for the first time or anything.

Otto ate his cereal and read the news and observed his family spinning around him as if it’s still somewhat confusing to him, how he ended up surrounded by all of us.

In other words, it was a perfectly normal morning except then both kids went to school and Monkey was amazing and I am kind of a mess (a hopeful mess, you understand) so we are not going to talk about that.

Instead, let’s go back to that whole vision board thing, because a few of you asked to see my board. I have to say, every single year I am amazed at how much I love doing this and then how often I find myself looking at my board once I hang it in my office.

Anyway, here’s what I ended up with (click to embiggen): 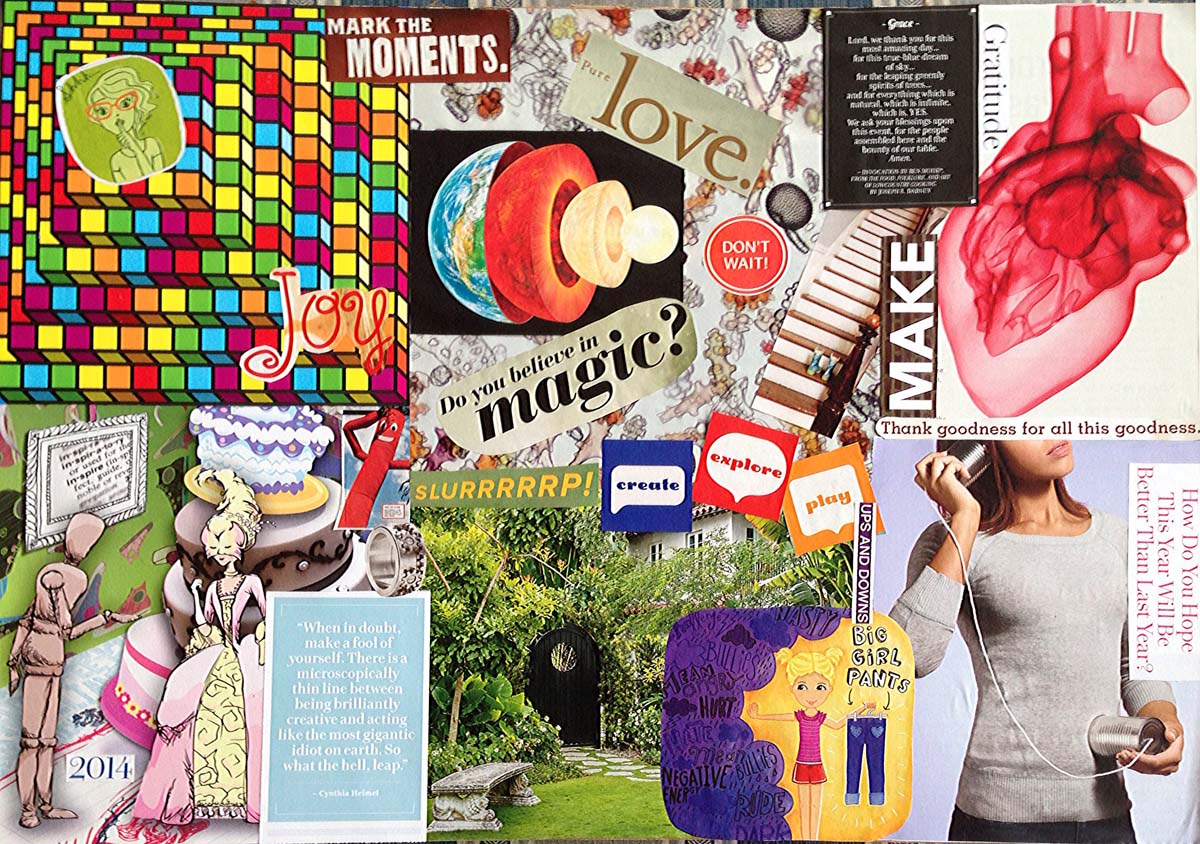 I don’t think there’s anything earth-shattering in there, but I like it.

Last year when Chickie and I made our boards, we had one shared element—unplanned, in fact, but kind of neat that we both chose it—and this year she found something and I immediately said, “No fair! I want that!!” because I am a toddler. Well, it turned out that we had two copies of the magazine she found it in, so once again, we have one shared element. I like it. Here’s her board, shared with her permission (sorry this picture is not as good, I’m not sure why it’s all slanty) (also, click to embiggen): 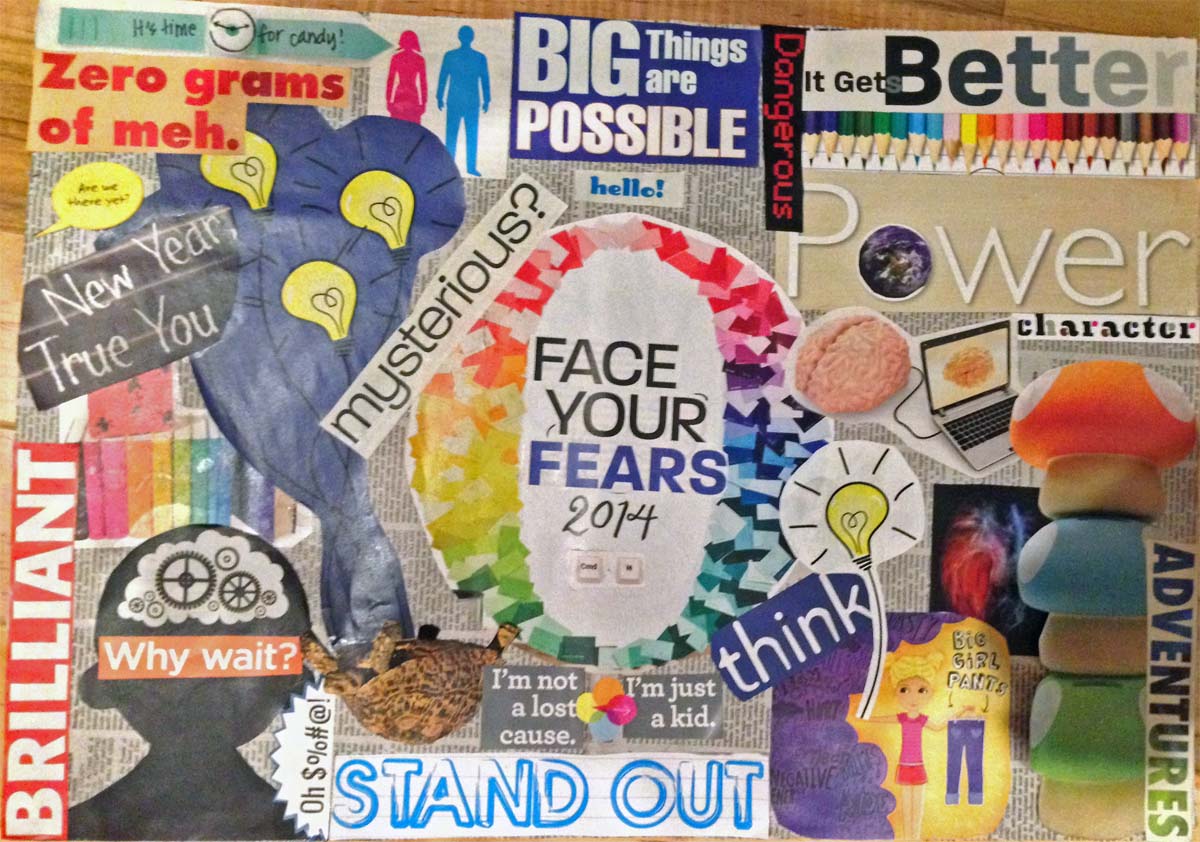 See the element in common…? Such a good reminder to both of us, as ladies who are prone to excessive amounts of pesky FEELINGS. And would you believe that I JUST NOW realized that we put them on almost exactly the same spots on our boards, too? That was unintentional. And a little freaky.