By Mir
October 11, 2018
Category Health is overrated | It's not a regret, it's an "experience" | Offspring: ecstasy and agony

I recently received a kind but somewhat plaintive “If you’re never going to write again could you at least TELL us” message and then I felt guilty because guilt is my go-to emotion. (My second go-to emotion is anger, which is a real treat for those around me, lemme tell you.) I never INTEND to stop writing. I just… don’t… for a while… and then inertia kicks in, and before I know it, months have passed. I do miss the days when my children were small and cherubic and uncomplicated and everything out of their mouths was entertaining and I had endless blog material simply from the day-to-day insanity of trying to keep a couple of tiny terrorists alive. (I mean, just to be clear, not just because it provided blog fodder, but because life was so much simpler back then. You know, back when I believed life made sense and if I was a good parent my children would grow up to be happy and healthy and productive. HAHAHAHA.) 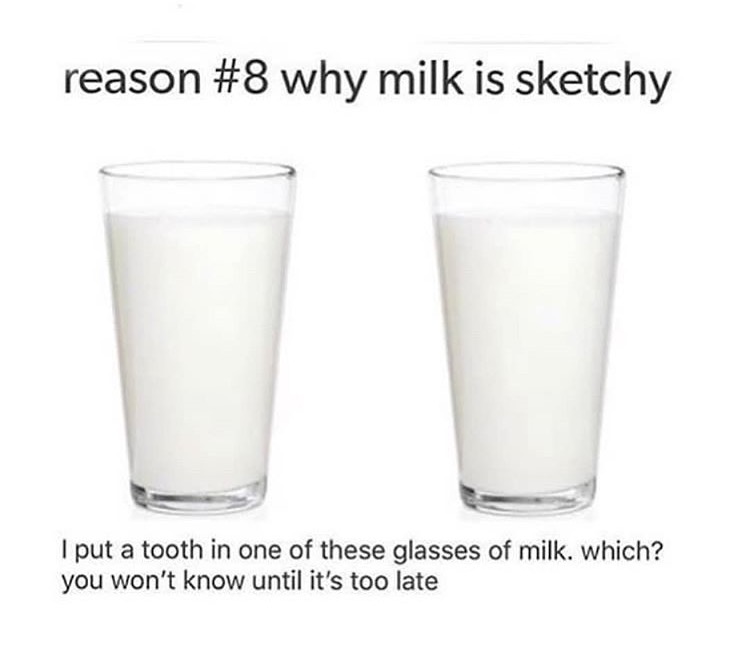 Sooooo. Yeah. Life is ridiculous, yes? I think it is. It’s the only excuse I can offer. Also, we keep having hurricanes.

Last year, Hurricane Irma knocked out our power for days while I was trapped with two convalescents, so I really can’t complain about Michael, because 1) we still have power and 2) everyone is mobile this time, plus—BONUS!—3) Chickadee was home for her “fall break” of Monday/Tuesday and then Michael’s predicted course was mapped directly through Tinytown, so immediately Tinytown College started sending emails and texts and automated phone calls (usually at 5:30 in the morning; why do you hate us, Tinytown College??) saying OH HEY FALL BREAK IS EXTENDED FOR THE REST OF THE WEEK PLEASE DO NOT COME BACK TO CAMPUS, CAMPUS IS CLOSED, THE WHOLE COUNTY IS CLOSED, RUN FOR YOUR LIVES, etc. So I got to have my best girl home for the ENTIRE WEEK, yay! This is also nice because we had a big Doctor Visit Day on Tuesday and she’s having a small surgery on Friday, and the original plan was an annoying back-and-forth AND she was scheduled to work on Friday night which I thought was INSANE because she wanted to both drive for hours and work just half a day after anesthesia, and now she didn’t have to go back and forth after all AND work is closed so she can just sleep forever if she needs.

Also, there’s no shrimp in my freezer this time, which is apparently the key to not losing power. Details.

If you read the last post from, uh, yeah okay, many months ago, it was mostly about the stress and frustration of trying to manage Chickadee’s rapidly declining health, and the good news there is that back then, I reported we had a geneticist appointment in December. Since then, things had escalated (hahahaaaaaaaa allow me to gloss over multi-organ involvement wheeeeeeeeee) and her rheumatologist actually started the process to refer her to Mayo Clinic. Knowing that was a long-shot (as well as expensive and everything else), we did our own research, joined some support communities, and discovered a geneticist who specializes in Ehlers-Danlos and related disorders who was a little bit further away but could see her sooner AND has an excellent track record of teasing out diagnoses like the one(s) we’re circling.

That was this week. And in a perfect world, I could now say YES, HOUSTON, WE HAVE A DIAGNOSIS but other than “connective tissue disease, unspecified” and “small fiber neuropathy” (which I guess is actually a step further than we were before…), we do not. However, we have a lot more information, we have a massive panel of genetic testing sent off to the appropriate lab (FINALLY), we have confirmation of what we’re doing right and more information about what to do next, and we have some hope that we’re approaching knowing what, exactly, is going on. My sense is that it’s a good news/bad news thing where the specialist is leaning toward either something else entirely OR a form of EDS that has a known genetic marker (yay for anything with genetic marker because IRREFUTABLE EVIDENCE and no more “but all college students are tired!” bullshit, but FUCK THIS because the genetic marker options are all more complicated). We continue addressing the stuff we can, and we wait 4-6 weeks for test results and a comprehensive report.

[Sidebar: FUN FACT! I do not recommend having a history of an eating disorder and then developing gastroparesis. It will delay doctors taking your symptoms seriously because MAYBE it’s all in your head! Just eat some food and you’ll be fine! Not that I’m bitter, or anything. ANYWAY.]

What else, what else. Oh! Chickadee and I decided to take a break from the All The Doctors Tour 2018 and went to New York City for a few days before school started up again. My folks graciously produced some relatives I’d never heard of who have a huge apartment near Central Park, as well as a family reunion dinner with relatives we have heard of, and various other NYC amenities (“Let’s go out for gelato, it’s only $20!”) we are either too cheap or too poor to do on our own. The end result was that we “went on a quick trip to check out Columbia as a possible grad school” but managed to “eat ourselves silly” and “see The Book of Mormon” and “go to MoMA” and generally have a ridiculous mini-vacation. Everything was perfect except that it was actually hotter there than it was here in GA (no lie) so in every single picture my darling daughter is glowing and beautiful and I look like a pile of wet paper towels and Brillo pads, AND she absolutely loved Columbia and DAMMIT that is too far away. (Also: so much walking, at a time when all that walking is becoming challenging. But on the other hand: lots of good medical facilities.) (I repeat: DAMMIT.)

Otto is staying very busy with work. Monkey is staying very busy taking a genuine gap year, this time (do not pass go and go back to school just because you think we want you to, please read and meditate and exercise and volunteer and otherwise Figure Your Shit Out Because We Love You And You’re Worth It But Also A Miserable Monkey Is A Very Unpleasant Monkey). The dogs are very busy begging for food or sleeping and just generally being useless. I have been very busy driving my kid all over the state for medical appointments and also baking things, because I like to bake and the state of the world requires a LOT of cake, these days. I mean, obviously.

Speaking of cake, I got tapped to throw an opening night reception for a show and decided I would bake the goodies myself, because I am a moron. I looked at how many seats there are in the venue and then rounded up to include cast/crew and then set about 1) baking, 2) frosting, and 3) decorating over 150 cupcakes. (Did I mention the moron part?) At some point in the thick of this endeavor I got a BRILLIANT idea for cupcake toppers that would be the perfect finishing touch, and I went into a local online group to ask if anyone had a Cricut or similar machine they’d be kind enough to let me use for a project for a local non-profit so that I wouldn’t have to cut out 150+ toppers by hand. A few folks responded, and a very nice woman seemed SUPER excited to help me, and we talked back and forth several times, and on MULTIPLE separate occasions (I went back and checked, because I ended up SO baffled) I reiterated that this was a huge favor and I’d be happy to either bake for her or get her tickets to the event in question as a thanks. She never really addressed these offers until we were within days of my needing said items, and suddenly when I brought up the thank-you gesture she said “Well I’d really rather have money.” Which… fair, I guess, but… never part of the conversation…? So I tried to crack a joke about how “well as I told you I have basically no budget here but I may be able to wheedle a little cash out of it, what did you have in mind?” and she said—I hope you’re sitting down—she wanted $90. NINETY. DOLLARS.

Listen, I go to Etsy or Amazon or whatever, I expect to pay. I’m not saying this is something I expect someone to just hand me for free. And as she went into the whole defensive “my time is very valuable” speech I felt very conflicted, because as a freelancer I well know the frustration of being expected to do things for free just because. But. BUT. I (thought I) was very clear that this was a mission of mercy. I was upfront about it. I, too, was working for free. And: I bought the cardstock, I designed the item, I offered to do all of the back and forth to drop things off and pick them up. I was literally asking ONLY for someone who had one of these machines to do the cutting as a favor to a local community organization. I think she has every right to charge for her time and it pained me to think she thought I was trying to rip her off, but also I feel like she maybe ignored everything I said in the hope that I would suddenly discover a money tree and a hearty sense of shame and pay her…? I don’t know. I mean, probably it was all a big misunderstanding, but that was… disappointing, to say the least.

It also meant that after spending a solid week baking and freezing and icing and decorating enough cupcakes for a small army, I then ended up printing out the toppers here at home (with Otto’s help, because the special paper was a non-standard size, and also I am dumb) and cutting out 160 small shapes by hand until my fingers barely worked anymore, and THEN I spent a morning sitting at the kitchen table with Monkey while we affixed said shapes to toothpicks so that they could be poked into the aforementioned cupcakes. Once that was done, I then went grocery shopping AGAIN (I think I went to the store five times that week) and spent the remainder of the day cutting up fruit and vegetables because we couldn’t JUST have cupcakes at this reception, right? Right.

I was a neurotic wreck about the whole thing and then the show was amazing and the reception was fun and had WAY too much food (now I know: calculate the number of people and divide in half, because most of them will leave) and now my children have been living on leftover cupcakes for a week. Also somewhere I’m sure there’s a woman telling the indignant story of the crazy woman who wanted her to make cupcake toppers FOR FREE, can you imagine?? (There’s three sides to every story, you know. My side, her side, and the side that JUST WANTS THE CUPCAKES TO LOOK NICE AND GROWN-ASS PEOPLE TO BE GOOD COMMUNICATORS, JESUS H.)

So that’s what’s been happening here. Oh, that and bottomless rage about our government. The usual. You’re registered to vote, right? Please tell me you are.