In lieu of Nerd Night goodies…

… all I have for you today is this. (There was no Nerd Night this weekend, alas.)

Monkey began texting me about some injustice in class, but it quickly devolved into the following. And for the record, this went on for quite a while even after this. It’s a good thing I’m fond of that kid. 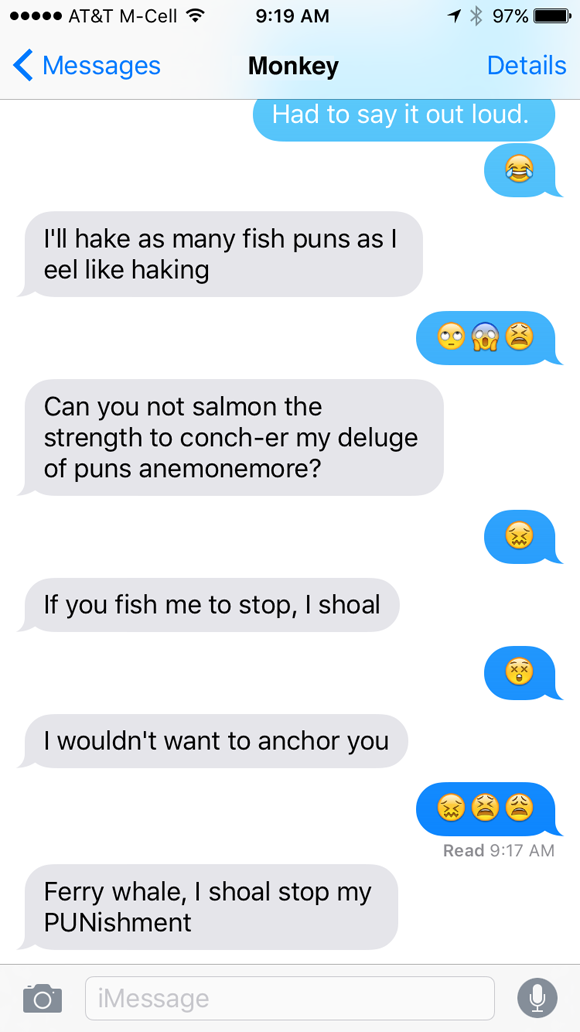 (Eventually I told him I had to go. He responded, “Sea you later! I’ll reef you abalone now.” Internet, HOW DO WE TEACH HIM TO USE HIS POWERS FOR GOOD?)