It was a very merry Halloween

By Mir
November 3, 2015
Category Haven't been hit by lightning yet! | Offspring: ecstasy and agony

For some reason, we don’t really get trick-or-treaters at our house. This means I buy a bunch of candy “just in case” and then no one comes and then a month later I wonder why I’m fat. It’s a mystery! I wonder if I’ll ever solve it! 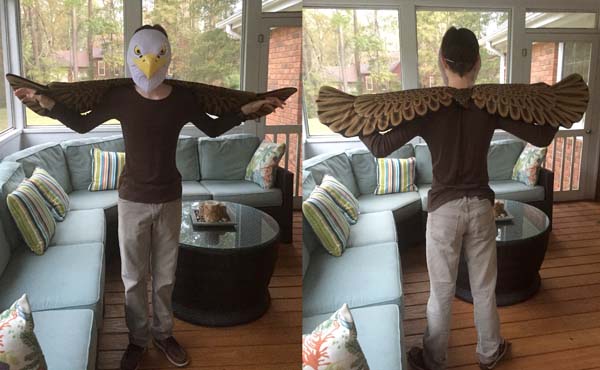 (I think his teacher liked it. At least, midday I got a text asking where I’d gotten the wings. I’m going to assume Monkey got his extra credit.)

Chickadee and a pal spent the night watching Saw, and I earned bonus Cool Mom points the next day when they went looking for Saw 2 on Netflix only to discover the Saw movies had, apparently, only been available until Halloween, and I went ahead and rented it for them on Amazon. The thing that’s nice about having a nearly-18-year-old child with similarly nearly-adult friends is that I don’t have to stop and think, “Is this movie appropriate?” Instead I can simply think, “Can I possibly curry favor by aiding and abetting the viewing of this terrible movie?” It’s great.

Anyway, that sort of got me thinking about the passage of time and other such “my baaaaaaaybeeeeeees are growing up!” sorts of things, so today I’m waxing nostalgic over at Alpha Mom about how much things and have changed (and some ways in which they haven’t).