I think this is the end of an era

I made the homeschooling child get up early and put on shoes, much to his chagrin. Chickadee was already up, maybe a little nervous, maybe a little excited, but saving us from the “I’m NOT A MORNING PERSON!” slog for this first day back, at least. 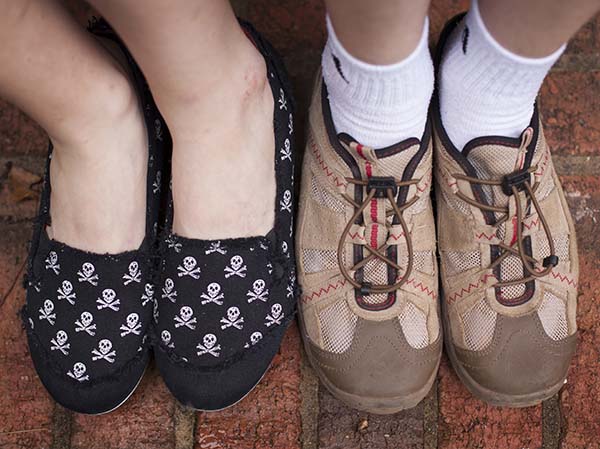 For those paying close attention, you may note that this year, Monkey’s shoes are slightly larger than Chickadee’s. Next year when we do first-day-of-school pictures, I think he’ll be taller than her, too. I’ve been telling her for years to enjoy being taller while it lasts, but I think she’s never really believed me that her days were numbered.

This morning was calm and ordinary and unremarkable—just one of those everyday miracles. I had the passing realization that Monkey will pass Chickadee’s height by this time next year, then nearly burst out laughing at what a normal thing that was to think about.