My poor father took something of a scolding yesterday for being mushy when I had really been hoping for a wacky story from my childhood. But which one could he have told? he wanted to know. What would’ve been the POINT of the story about the time I had my finger slammed in the car door, for example? My attempts to explain that there is rarely a point to what I talk about here seemed to fall on deaf ears.

The family tales flew fast and furious last night, though, hitting on item after item where I would invariably protest, “Why didn’t you write about THAT??” Because my childhood was FILLED with good blog material, y’all. And lots of it I didn’t even know about. (“Oh, they were a funny couple, because they each only had one leg,” Dad said, halfway through dinner. “WHAT??” Relatives I’d known since birth, it seemed like, and somehow I’d either never known or forgotten this little tidbit. It seems like something I’d remember, no?)

Of course, with baseball looming this morning, there was some discussion of my esteemed Little League career.

Hint: I was afraid of the ball. That pretty much tells you everything you need to know about it, there. Let’s just say that the kids in the special league are all far better at baseball than I ever was. Ahem.

Baseball has become my favorite part of the week. With my folks visiting it was a lot of fun being able to share this with them, to show them how Monkey prefers to groom the dirt around third base when he’s out in the field, and how his face lights up when he actually hits the ball. They got to watch Licorice bask in the attention of all the kids, and Chickadee carefully attend to the preschooler who decided she was his friend and protector.

Lemur and his family were there, this time, and so the boys swarmed their way around the field, talking and laughing, and occasionally even playing the game.

Otto and my stepmom both stayed busy taking pictures, and later we laughed to discover that my stepmom has several of me with my mouth WIDE OPEN—I spend a lot of time yelling there. I always lament my tendency to yell, but at baseball it’s all “WAY TO GO!” and “RUN RUN RUN!” and “NICE SWING!” and “AWESOME!” Everyone cheers for everyone and everything, everyone gets sweaty and filthy, and then we all eat cookies and drink juice together. 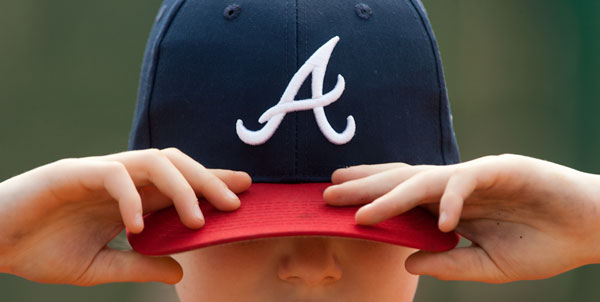 Today I found myself telling the woman who runs the league about how soccer ended up being a humiliating disaster, years ago, and finding this league changed everything for us. For Monkey, it’s given him a chance to play a sport just like the other kids, but in a safe way where he won’t be mocked or misunderstood or tossed from the game if he’s having a hard time. She nodded. I doubt I’m the first person to tell her a story like that. I’m probably not the first one to tear up while I did it, either.

Baseball, man. I don’t even LIKE baseball. Except, God, I just love this. For him, and for me, too.